Too windy for the kayak today, so I decided to go out to Bethany Park in Allen.  I wanted to continue practicing with my baitcast rod/reel.  I grabbed a few bullfrog colored senkos and tried all the ponds.  I only caught fish in the north and center ponds.  Three bass total.  The first bass was “normal” size, and the other two were small.

I did not have any backlash in the reel, and I can cast an unweighted senko (wacky rig) around thirty yards.  I did not have to set the hook once a fish got on, I just started reeling and the circle hook set itself. 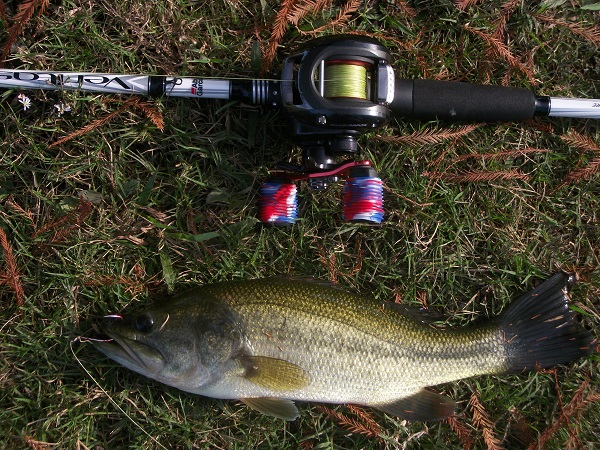 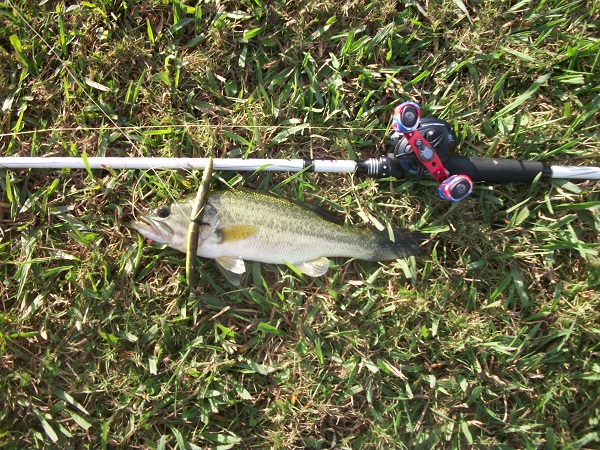 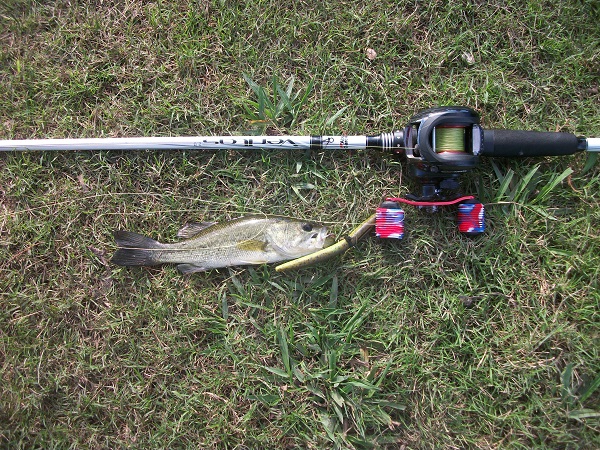 Low winds predicted before rain coming the next day.  Water at the lake was much higher than normal.  I had to park my car close to the dirt road near the kayak launch area.  I then had to wheel my yak about 30 yards to the lake.  I could not catch any shad near the launch, and the water was dirty.  Decided to paddle over to the fishing barge and try to catch some shad.  I found a ton sitting behind the barge, and even caught a little catfish in my cast net.  (put it back of course.)

I noticed my hummingbird was not on, so I powered it up.  It died a few seconds later.  Checked all cables and no go.  Battery was dead.  I did not recharge it after my last trip.  Dropped a jig at any visible stumps, but did not get a bite.  Dropped down some cut shad and got a few taps.  I thought it was a small bluegill, since I could not set the hook on it.  I just let it keep tapping, and then it jerked the rod and started pulling my yak.

Catfish??  Yep, catfish.  I didn’t have my catfish rod, so I cut the hook off a roadrunner and used that for weight.  I had some 1/0 circle hooks and attached the cut shad to that.  I caught twelve in just under an hour.  I kept six big ones and headed back to the launch.

Water was high and muddy.  It should be back at flood stage after this weekends rain.  I’ll probably have to put in at the swimming area to get back to the creek.  Pulled out the electric knife and filleted the cats when I got home. 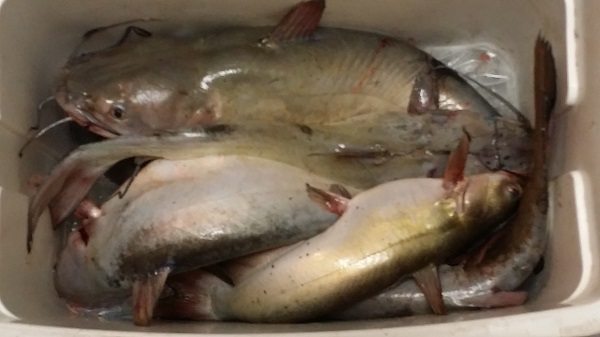 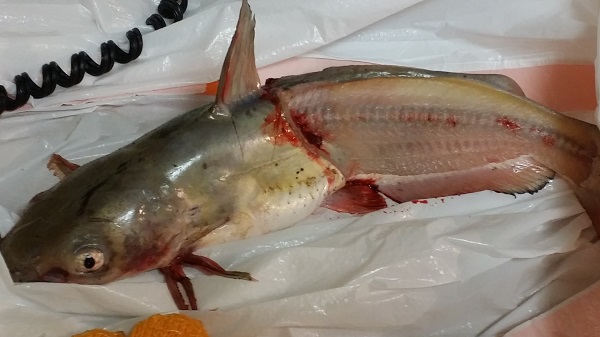 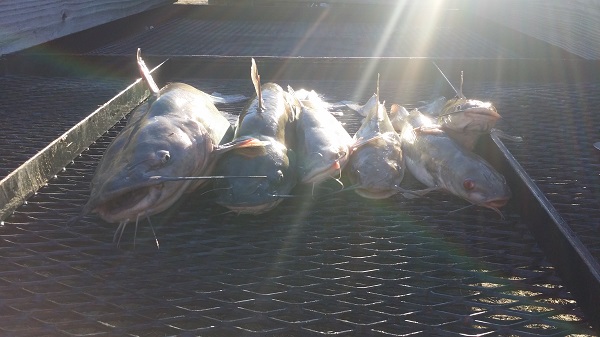 I decided to get back into worm fishing, which was how I originally started bass fishing.  Read a lot of info on the wacky rig.  I pulled out the baitcast reel my son bought for me three years ago.  I didn’t like the small rod, so I bought a Veritas 2.0 rod for it.

Most of the videos I watched used a rubber o-ring, but I saw one video where a guy was taking small twist ties and using them on the worm.  I followed the instructions and headed out to the park to test out the new rig. I was able to cast pretty good, and got the feel for the weightless rig.

I was surprised to get a very large bass sitting close to the bank.  I was using a circle hook, so the fish was hooked right in the corner of the mouth.  The worm was sliding up the hook towards the line.  I’ll be throwing this at the lake sometime soon. 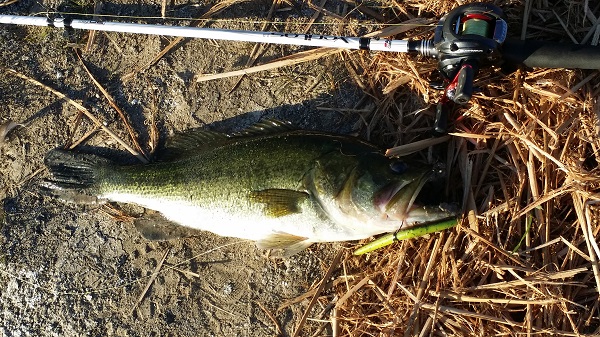