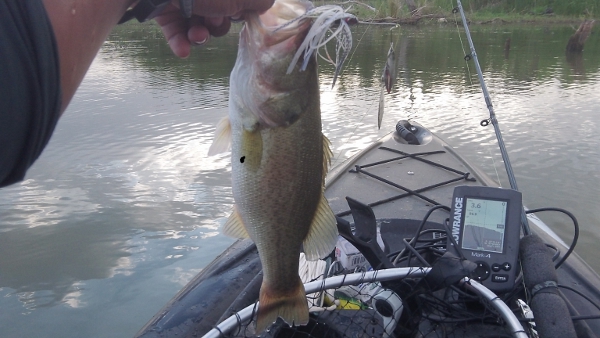 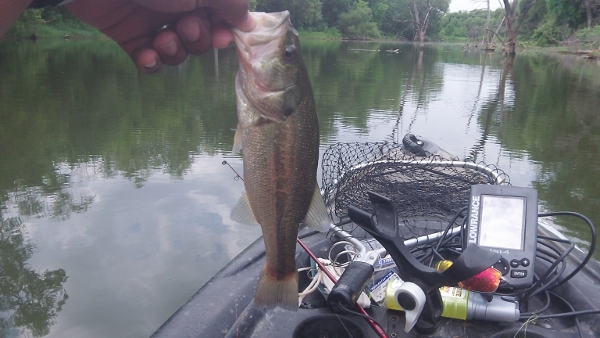 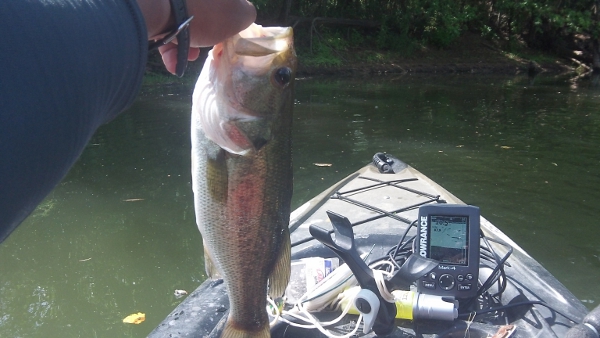 Took my fly rods out to the lake to see what’s there.  I’ve never fished here, so I just wanted to paddle around and see where everything is.  The two coves right off the boat ramp are pretty shallow (around three feet deep).  I didn’t see any fish jumping anywhere, so I paddled to the opposite side of the lake.  Caught one small bluegill on a popper, but nothing else.

There are lots of trees on this small lake, which should hold some fish.  I’ll go back with my spinning rods later to see what I can pickup.  The lake is no-wake, so I didn’t have to worry about bass boats or jet skis. 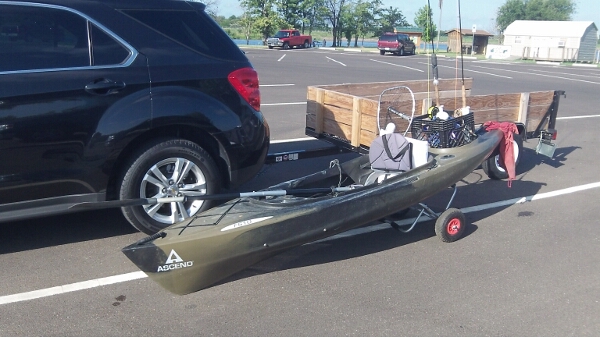 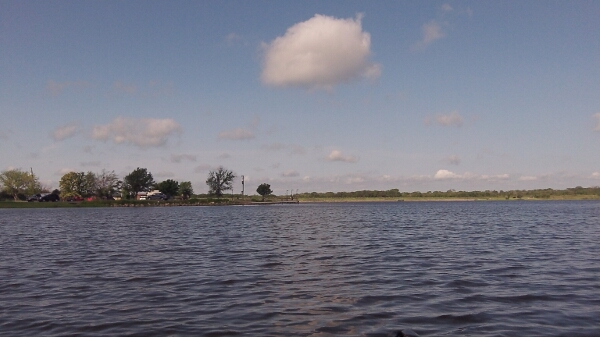 Another slow day at the pool.  Recent rains made the water a little stained.  Minnows are everywhere, and it’s hard to get anything to bite a lure.

I threw the white clouser around on my fly rod and caught a bluegill, a greenie, and a small bass. 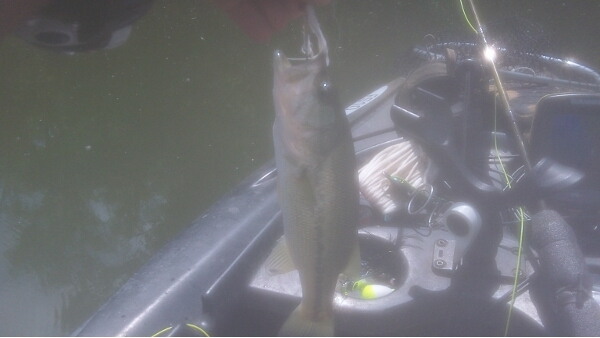 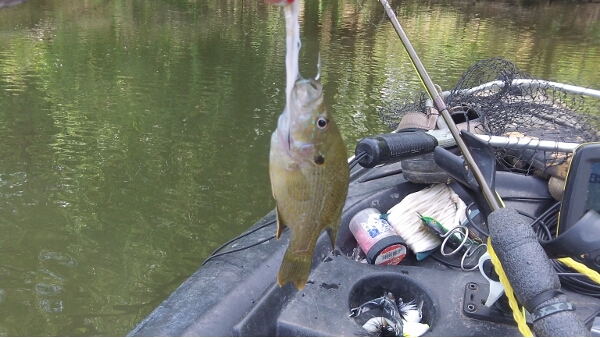 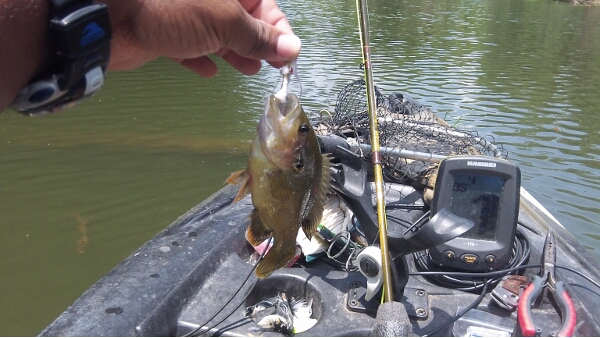 Caught another bass on a road runner, and a few bluegills on a popper.  It was cloudy all day, so I did not get too hot.