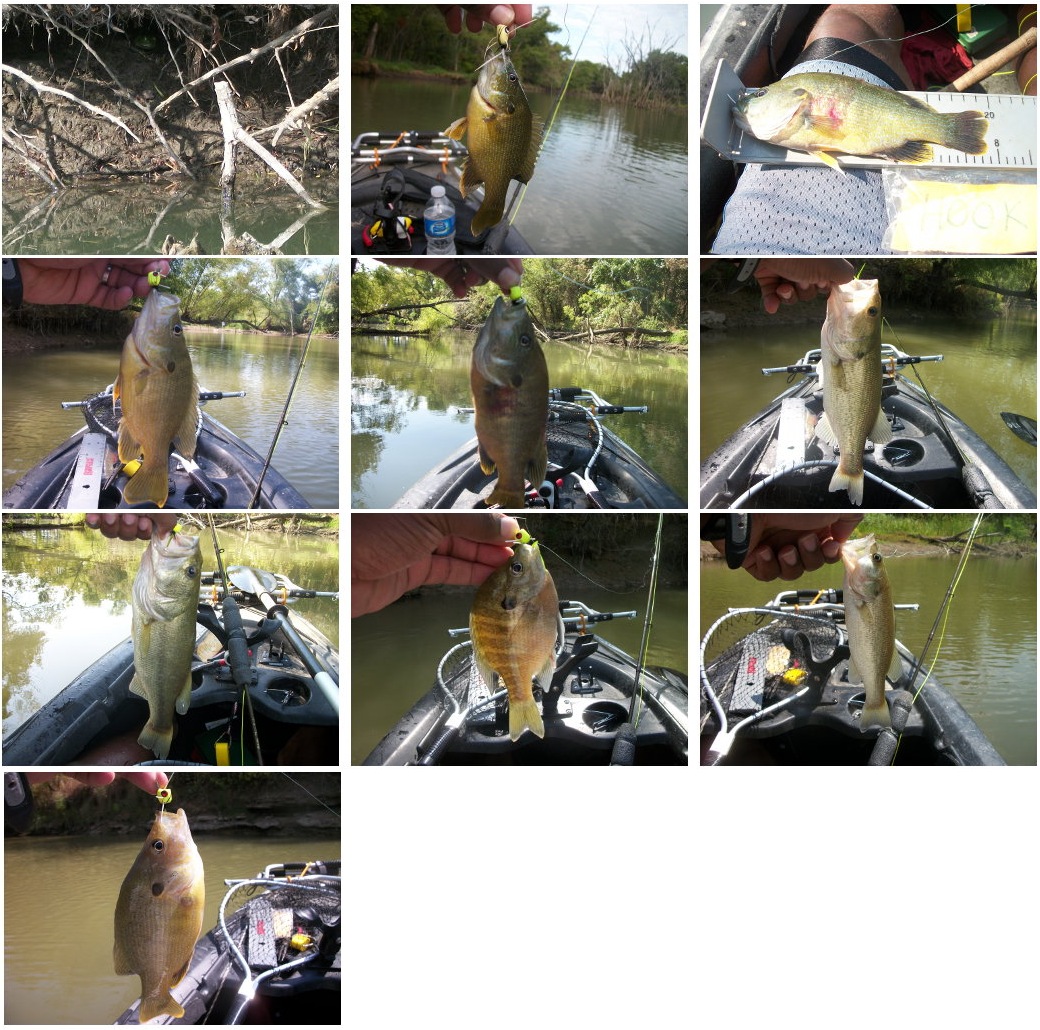 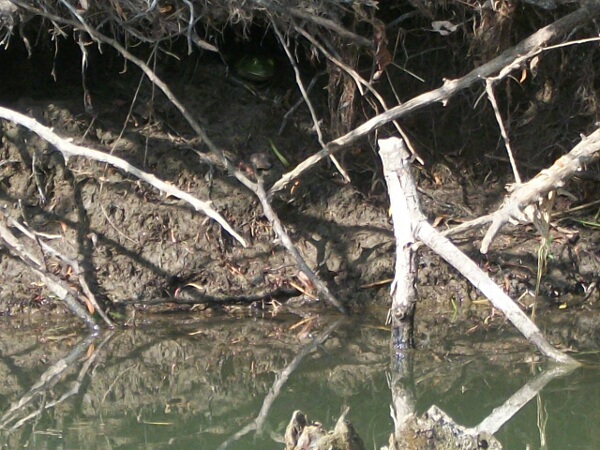 Wind was not blowing at all when I put in just after 7:30.  Decided to go looking for the brush pile that is supposed to be near Loyd point.  I didn’t find it on my graph, but I did find some exposed logs that were in about 5 feet of water. Marked that on my gps so I can go back to it when the water is higher.  Wind started blowing so I headed over to the creek.

The weekend rain did not do anything for the creek.  It’s still getting lower.

Got several gills on the popper, and one bass on a white road runner.  I chased a few carp in the shallows, but none of them would bite. 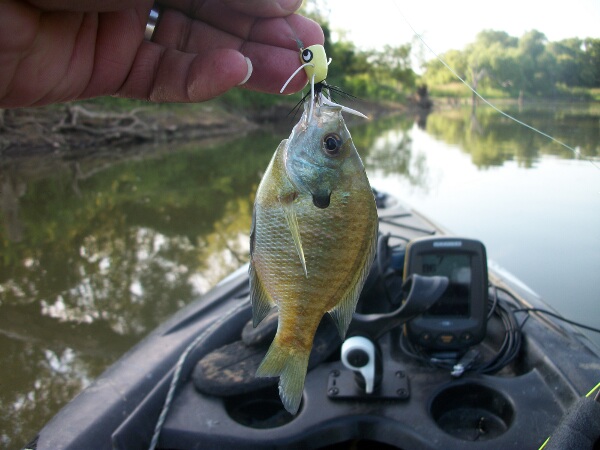 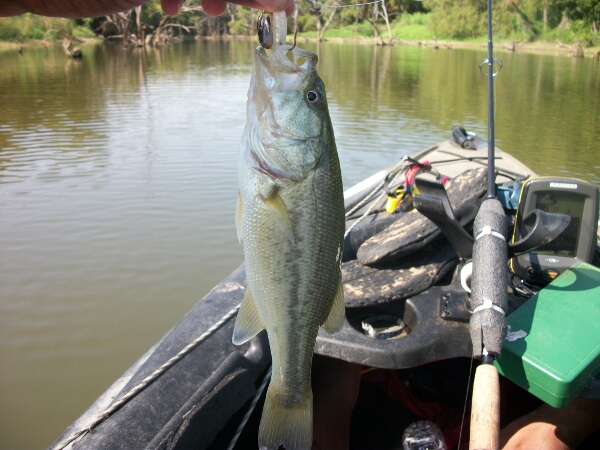 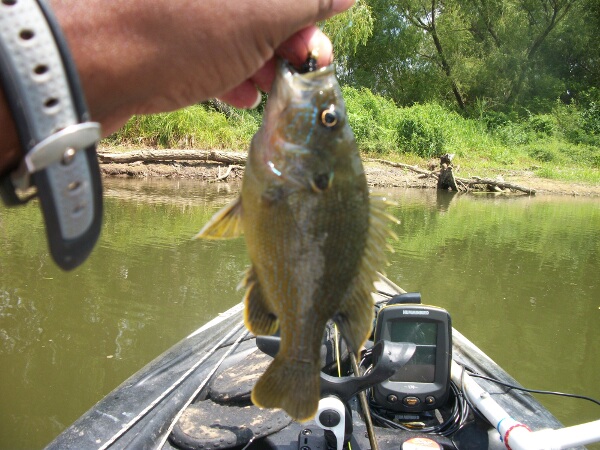 Slow day in the creek today.  Caught a few bluegills, one bass and one white bass.  It was nice and cloudy today, so It didn’t get too hot.