Launched my yak around 7am and the first thing I noticed were some new orange/white low water markers going all the way to walnut creek. The area behind the marker in the picture below is normally covered with about three feet of water all the way back to the trees.  There is an area leading to the creek that is only about one foot deep.  My paddles were hitting the bottom as a passed through.

The gills were smaller than the ones I normally catch, but I caught 27 of them, so I didn’t mind too much.  Since the small gills could not take down the popper on my fly rod, I switched to my spinning reel with some pink Berkeley Gulp maggots on a small #4 hook and bobber.  Caught all of them close to the bank under the trees.

Caught one bass on the popper fly, and one bass with the white road runner.  I didn’t catch anything today with my texas rigged plastic worm today.

Caught two small mudcats and one small channel cat on the Gulp maggots.

Ran into TFF user  rg6942 in his canoe again.  He was catching bluegills with his fly rod.

Crept up on two carp in the shallows and threw my black wooly bugger in front of them, behind them, and on top of them.  No takers.

I hid in the shade while the sun was out, and managed to stay until just after 3pm.  It was 102 degrees, but I couldn’t feel it because I was hiding under the trees. 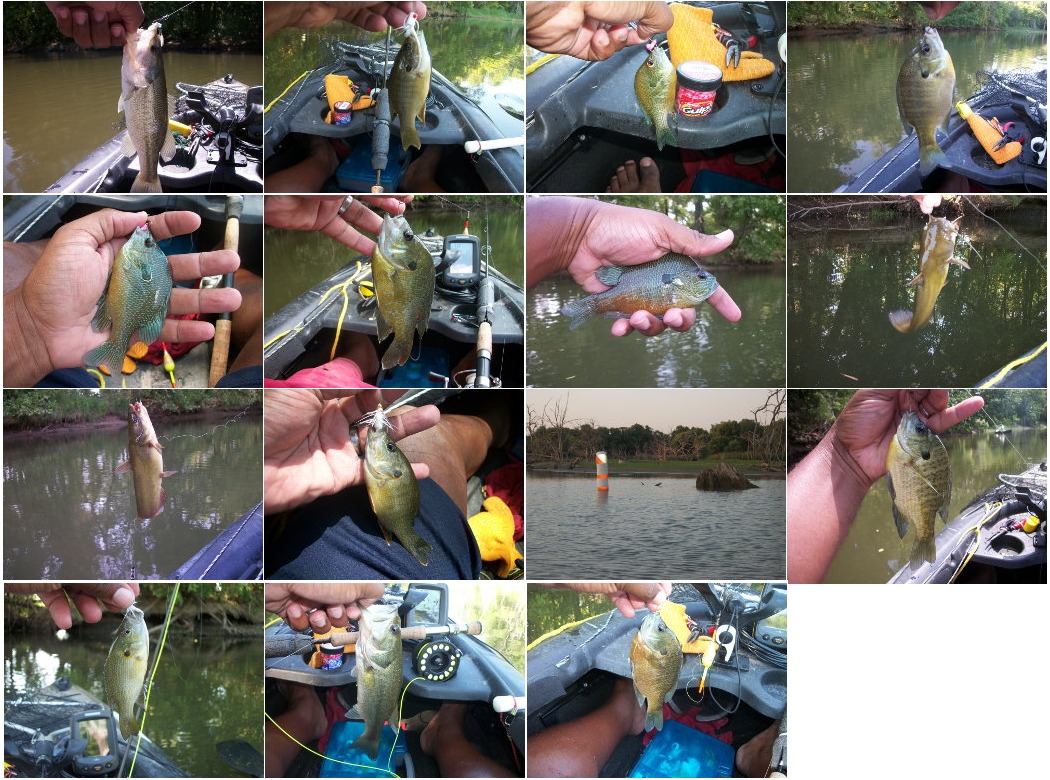