Met a few TFF users at Brittan Park.  I’d never been there before and just wanted to look around.  It was warm enough for shorts and the water temp was 66 degrees.  Water was muddy, so I didn’t expect to catch anything.  Paddled up the creek just to see what was there.  There are two bridges leading up to the creek which should hold fish when it warms up.  There are also long tree lines which will hold bluegills for the fly rod.  There were also two twenty foot holes which will should have some catfish later. I didn’t catch anything while I was there, but now I know where the place is.

I went to Loyd park around 3pm and hit bowman creek near the boat ramp.  The water was muddy there also, but the water temp was 74 degrees.  I found a few crappie sitting near some trees, but they were all small.  I missed a bass on a spinner bait further up the creek.  Got it about a foot away from my yak when it shook the bait out. 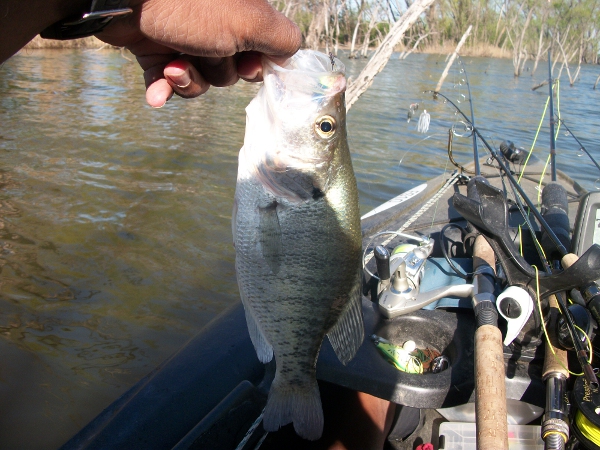 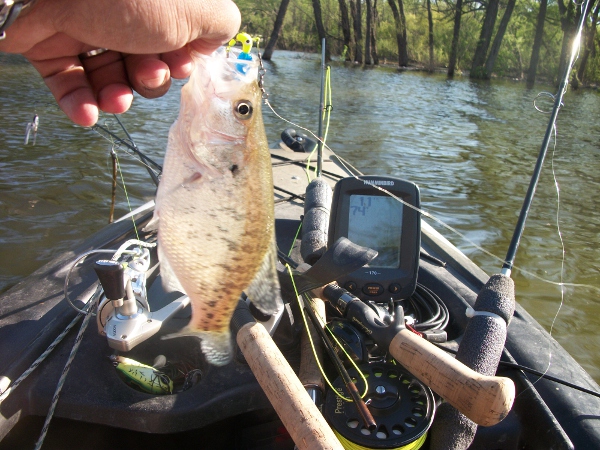 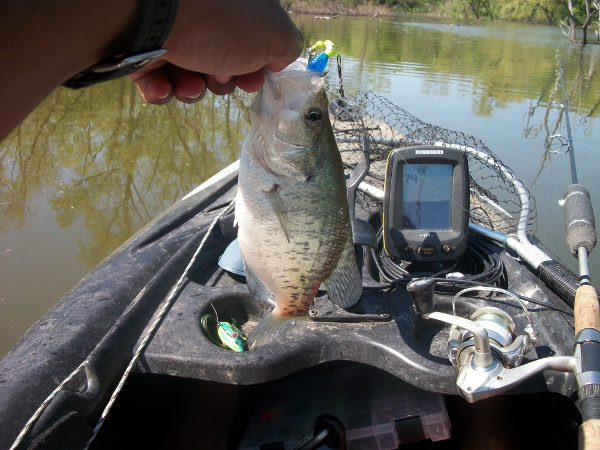