Temp 72. Water temp 65. Wind out of the southeast around 10mph.  The creek is starting to clear up a little.  Not as muddy, but the coming rain may make it muddy all over again.  Saw four kayakers launching as I pulled up.  They were going up the creek with minnows.  One of them had a trolling motor, so they all got really close to him and he pulled them to the creek.

The crappie did not bite my small spinner bait or any of my road runners.  I threw a spinner bait around for awhile and didn’t get any bites.   Just as I was about to paddle to another spot,  I got a big one sitting next to the bank.  My scale said 4.5 pounds.

I saw something chasing minnows, so I threw a small silver crankbait at it and got a small bass.  Another slow day, but its better than staying home.  The other yakkers said they caught several crappie with the minnows. 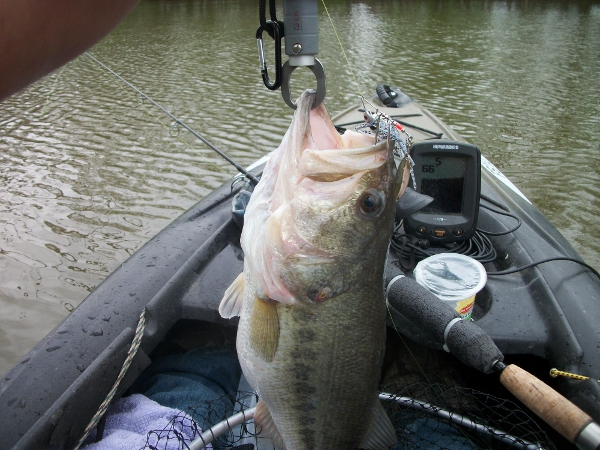 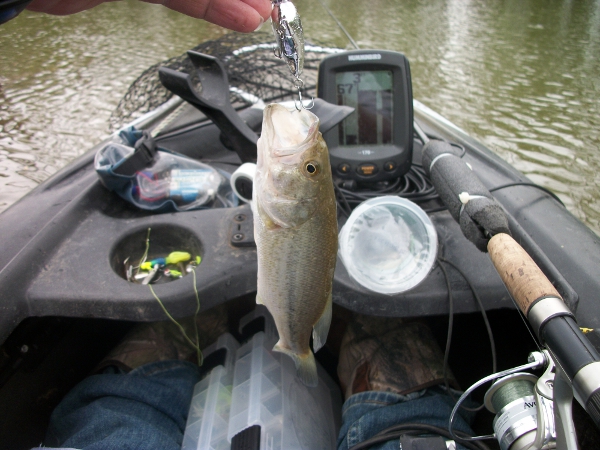 It was cloudy and windy, but I wanted to go out and try to cast the baitcast reel my son got me for christmas.  Apparently there is a knob near the handle that must be turned to stop the spool from going in reverse.  I got a bass on, and could not reel it in.  The fish finally threw my spinner bait.  The bite was slow, so I decided to practice casting overhand, underhand, and sideways.

I backlashed the spool around 15 times, but finally got the hang of it.  I was trying to slow the lure down using my thumb, but that was just causing a bunch of problems.  I kept my thumb off and just waiting till the lure hit the water to start winding.

I threw close to some weeds and got a giant bass to hit my spinner bait.  The fish was in less than a foot of water.  The fight did not last very long, since I had on the 15lb braided line.  Released him after a quick pic.

I did notice around twelve redears bedding up on the northwest side of the pond.  I didn’t feel like walking back to the car to get my road runners.  Saw two more small bass in the grass on the east side, but couldn’t get them to bite.

The reel is an abu garcia black max, rod is a shakespeare micro graphite light action.  This is also my first fish caught on the spiderwire stealth braid. (15lb) 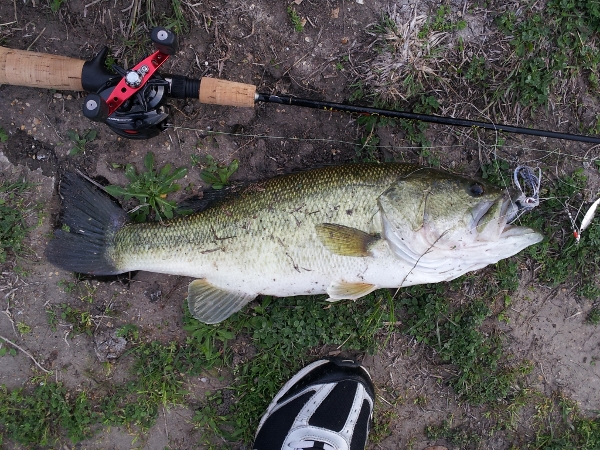 It was cloudy, windy, and raining outside.  Time to go fishing. Stopped by lancaster park with my youngest son for a few hours.  I took my fly rod, hoping to see the bluegills in the shallows.  My son took his spinning rod with some jigs and plastic worms.

Nothing would hit my poppers, so I threw on a chartruese/white clouser pattern and caught two small bass.  One was caught about ten feet from the shore, and the other was caught with a blind cast.  My son caught three bass using a worm rigged texas style.  I did not see any bluegills near the bridge, and there is grass everywhere.

We both got soaked, but we had a good time. 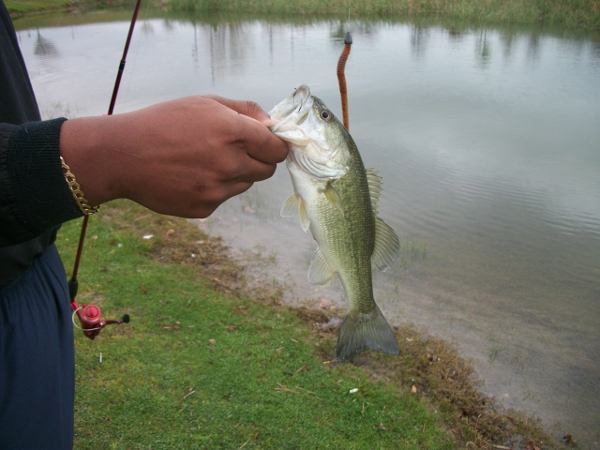 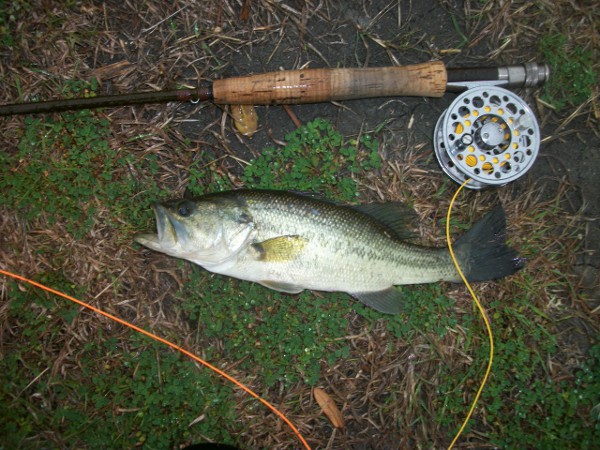 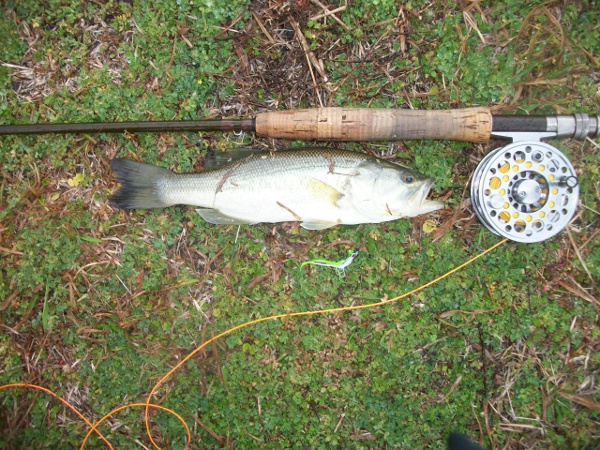 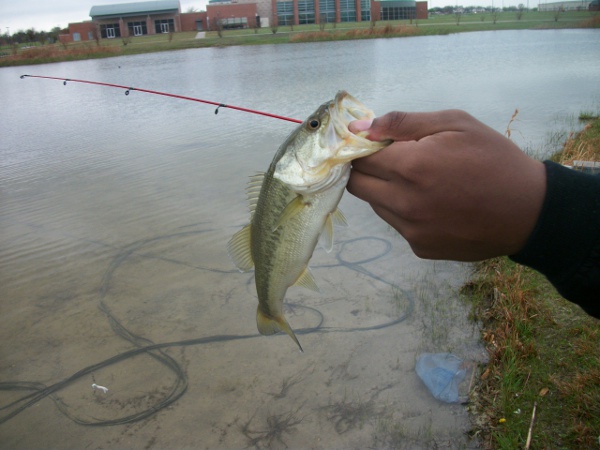