Another quick trip to walnut creek.  Winds were high, so I did not go out to open water.  Temps were in the low 80s and water temp was around 69 degrees.  The water in the creek was still “dirty”, so I only got one bass.  Found a bunch a crappie sitting near stumps.  I caught some jigging a road runner near the stumps, and caught a few by casting the road runner out and slow reeling it back in.

I saw four other kayak fisherman headed deeper in the creek, followed by five other kayakers just paddling the trail to 360.   Headed home around 2pm so I could catch the cowboys. 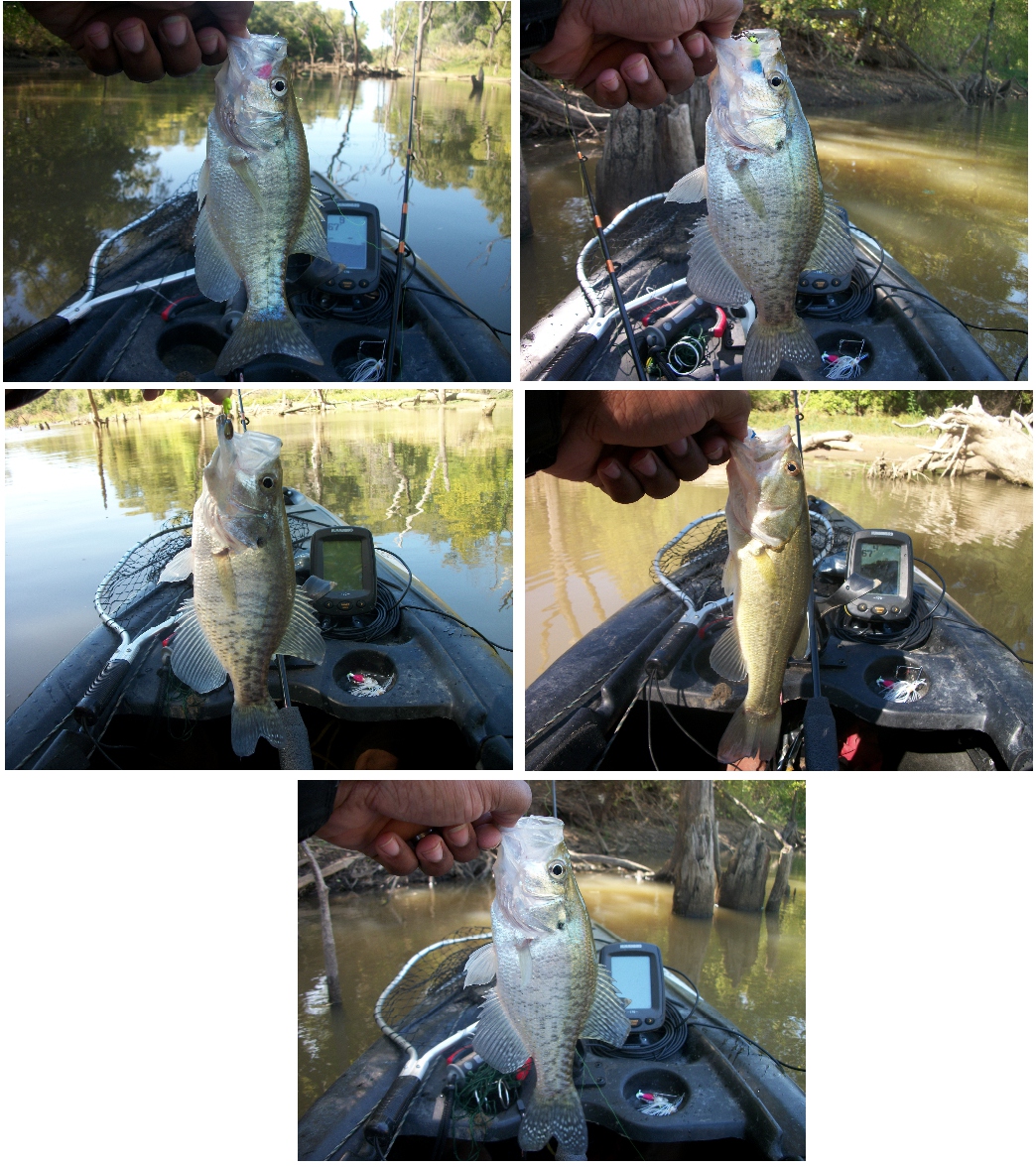