Planned to go across the lake and fish the big treeline at loyd park, but there was too much wind at 7 in the morning.  I did not feel like fighting waves today.  So off to Walnut creek I went.  Water was 88 – 90 degrees, getting lower, and more stumps are popping up everywhere.  I hit two on the way to the creek.

The bite was slower than ever. My normal bluegill spots only gave me two greenies today.  I kept finding small bass sitting where the bluegills normally are.   Two bluegills and one bass were caught on the black wooly bugger using the fly rod. . Three bass and another mud cat were caught on a green plastic worm.  I left the cat in the net, removed the hook and released it. Finally, I did not get finned by a catfish.

Apparently I need to learn how to catch crappie, since they were popping all around me eating minnows.  I tried a road runner, a minnow jig, then both together in a dual jig and still nothing.  I tried fishing them just below the water and on the bottom and did not get a bite.  Anyone know how to catch crappies that are chasing minnows, let me know.  (Using artificials of course.) 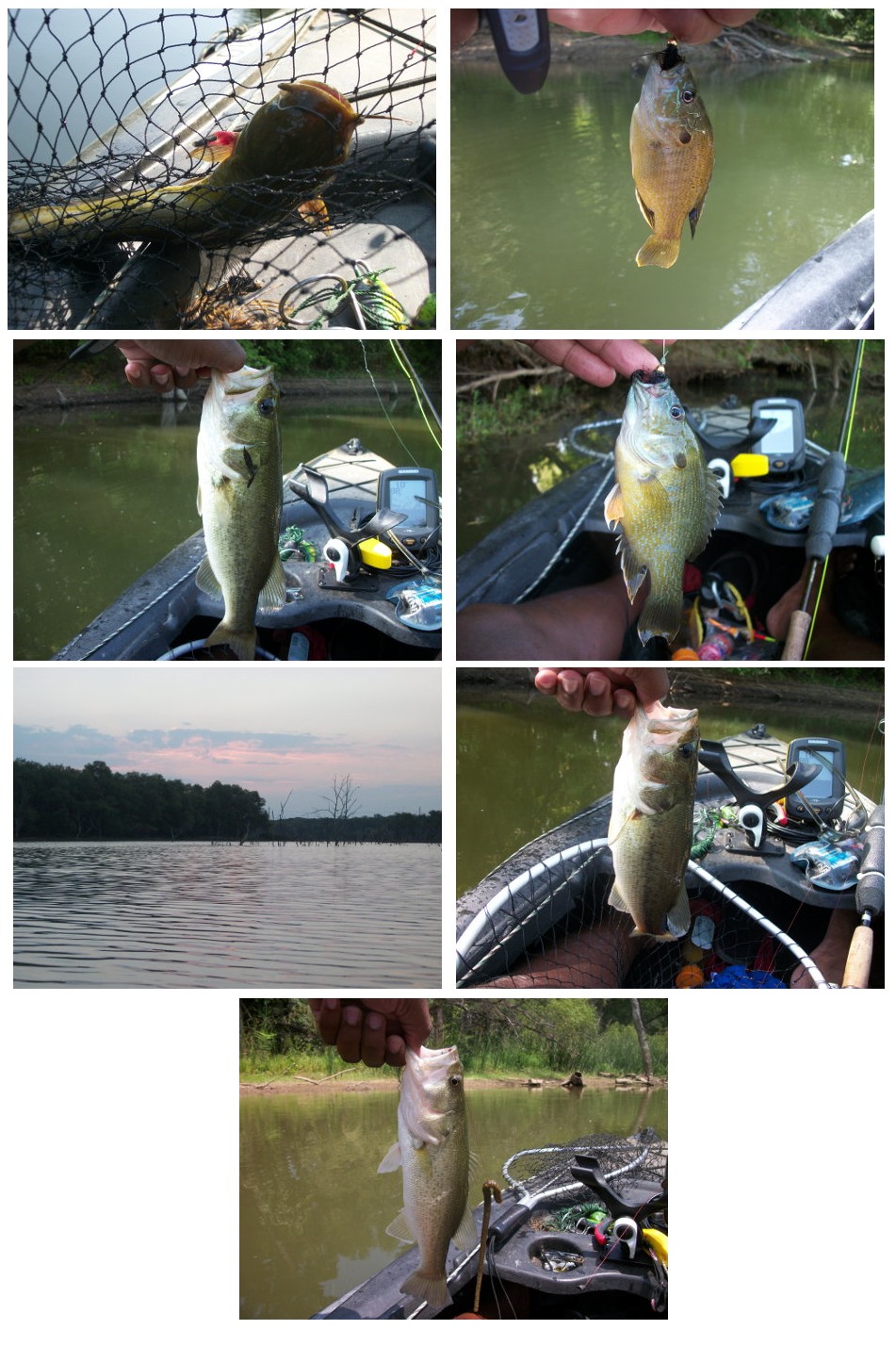